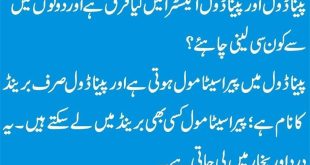 What is the Difference Between Panadol and Panadol Extra? 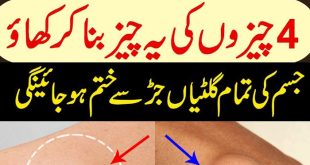 What is Lipoma? Symptoms, Lipoma Treatment by Dr Sharafat Ali

TOOTH decay may not be at the forefront of many people’s minds, but if plaque is allowed to build up on teeth, painful dental caries, gum disease, or dental abscesses can form. A dentist has revealed seven ways to prevent rotting teeth. Tooth decay happens when acid is produced from plaque and then builds up on teeth. The NHS explains when you eat food and drinks high in carbohydrates, particularly sugary foods and drinks.
Advertisement

The bacteria in plaque turn the carbohydrates into energy they need while producing acid at the same time. But if plaque builds up, the acid can begin to break down the surface of the teeth. Dr. Richard Marques, of Dr. Richard Marques Dental Practice, revealed to Express.co.uk seven ways you can prevent tooth decay from happening.
Tooth Cavity Causes and Treatment

Why More of Us are Crippled with Anxiety
1. Brush your teeth twice a day

One of the most important ways to prevent tooth decay is by brushing your teeth twice a day. Dr. Marques said: “Brushing twice a day, that’s really important, morning and night with fluoride toothpaste. Keep the teeth nicely brushed, get rid of all the plaque and food debris because that can cause the tooth to decay.”
2. Use an electric toothbrush

“You can’t scrub the gum away because it’s doing the movements for you. It’s rotating, not vibrating for you, and it will stop if there’s too much pressure, so that’s a really good thing about an electric toothbrush.”
3. Low sugar intake

While there’s lots of awareness at the moment about sugar for your general health, and keeping sugar intake low, Dr. Marques says it’s also important to cut down on sugar for your teeth. He added: “Dried fruit can stick in the fissures – the central grooves of the teeth – that’s where teeth tend to decay.”
4. Flossing

“It’s really important that you floss to remove that plaque and bacteria that basically causes the tooth to decay.” If you don’t floss there are other ways to interdentally clean (cleaning between the teeth).

Dr. Marques added: “There’s also little brushes that can fit between the teeth if the gaps are slightly larger, and there are even machines like the water pick or Philips AirFloss which is water and air under pressure. They can also do cleaning between the teeth.”
5. Visit your dentist regularly

Dr. Marques advises you to go for regular check-ups every six months. He said: “The best way is to have a regular date put in each time or have a dentist who’s sending you reminders. “The more you do it, the easier it gets.”
6. See a hygienist

Seeing a hygienist can help you get the bits you’ve missed. Dr. Marques explained: “Having a dentist or hygienist professionally clean is really important as well – that can get things off the teeth that you can’t, even with an electric toothbrush. “Once the plaque has mineralized, you need to have it removed professionally.”
7. Avoid fizzy drinks

Avoid drinking fizzy drinks, especially full fat, full sugar cola, as this can cause teeth to decay. But if you need your daily fix of cola, Dr. Marques recommends drinking it through a straw. He said: “You can have it through a straw instead because then it will bypass the teeth.

“Some of these smoothies, even though they’re good for you, they do stain the teeth. By using a straw you can avoid touching the surface of the teeth and avoid the staining and keep the teeth whiter

Share
Previous A useful piece of advice for people with joint pain
Next What Does Your Period Say About You? Hormone Expert Explains