Uthman (RA) returned from a trade trip and reached Madinah 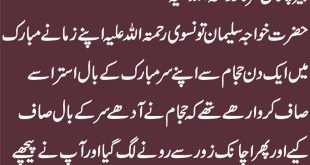 Pir Pathan Sarkar (may Allah have mercy on him) 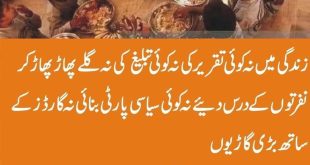 He did not give any speech or preach in his life 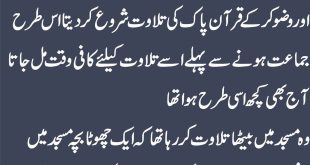 In rajab of 36 a.h. (JANUARY 657) ALI decided to transfer the headquarters of his government from Medina in Hijaz to Kufa in Iraq. When law and order had been restored in Basra, he appointed Abdullah ibn Abbas as its new governor, and then left for Kufa which became, thenceforth, the new capital of Islam.

On Rajab 12 of 36 A.H., Ali arrived at the gates of Kufa. The nobles of the city came out to greet him and to congratulate him on his victory. Entering the city, Ali first went into the Great Mosque, offered the prayer of thanksgiving to God for victory, and then delivered a speech in which he thanked the people of Kufa for their support, and commended them for their gallant performance in the battle of Basra.

The nobles of Kufa requested Ali to stay at the governor’s palace but he did not agree. Instead, he chose an unpretentious house for his residence.

Historians have tried to find out the reasons why Ali changed the capital from Medina to Kufa. Professors Sayed Abdul Qadir and Muhammad Shuja-ud-Din, write in their book, The History of Islam, (published in Lahore, Pakistan):

Seven months after taking charge of the government, Ali made Kufa his new capital. Following were some of the reasons that prompted this change:

1. The battle of Basra or the battle of the Camel was fought and was won with the aid of the people of Kufa. Ali made Kufa his capital, partly in recognition of this service by them.

2. Ali was anxious to save Medina from the havoc of civil strife like the one which had ended in the murder of Uthman. He did not want Medina to become the locale of political disturbances at any time, and he wanted to save the City of the Prophet from destruction or desecration in the possible wars of the future.

3. Kufa had a more central position in the empire. Administrative facility of the vast and sprawling territories dictated this change.

4. It was easier for Ali to watch the movements of Muawiya from Kufa than from Medina.” (The History of Islam